Another year of Penn State’s unofficial holiday “State Patty’s” comes about and another year happens when the State College Police Department goes out of its way to send a warning about the weekend without acknowledging it by name.

“In past years, the weekend before Spring Break has been a challenge for our community,” the police department sent out in a release about State Patty’s. “Though much better the past several years, the weekend between THON and spring break as resulted in more crime, more criminal arrests, and more alcohol overdoses than a typical winter weekend.”

To try to mitigate crime, destruction, and excessive drinking in advance, police offered a few tips on how to party as well as some stricter-than-usual regulations. The first rule: Don’t invite any guests to your house or apartment this weekend. One way to avoid problems with your party is obviously to just not have one, but if you do decide to have some friends over, police offered the following tips in addition:

Citing changes that it made after 2011, Penn State and State College Police have managed to tame the State Patty’s over the years. As noted in the release, downtown patrolling is ramped up during this weekend. At one point, the university even paid bars to close on the day. As has been the case in the past couple of years, on-campus housing is limiting the number of guests allowed to stay for the weekend. The police department is also working with the different property managers to help snuff out social activities on the day.

You can check out the full release below: 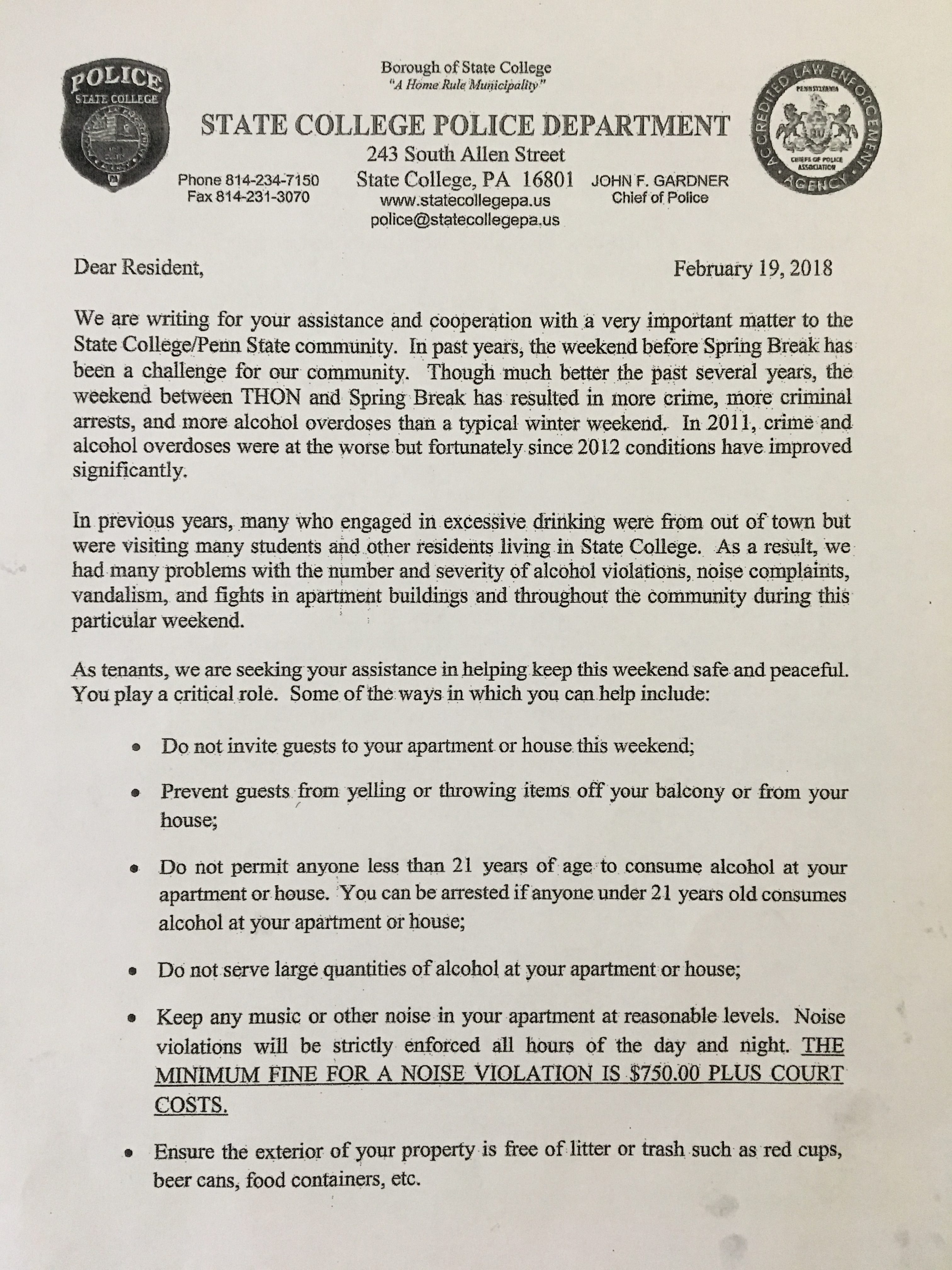 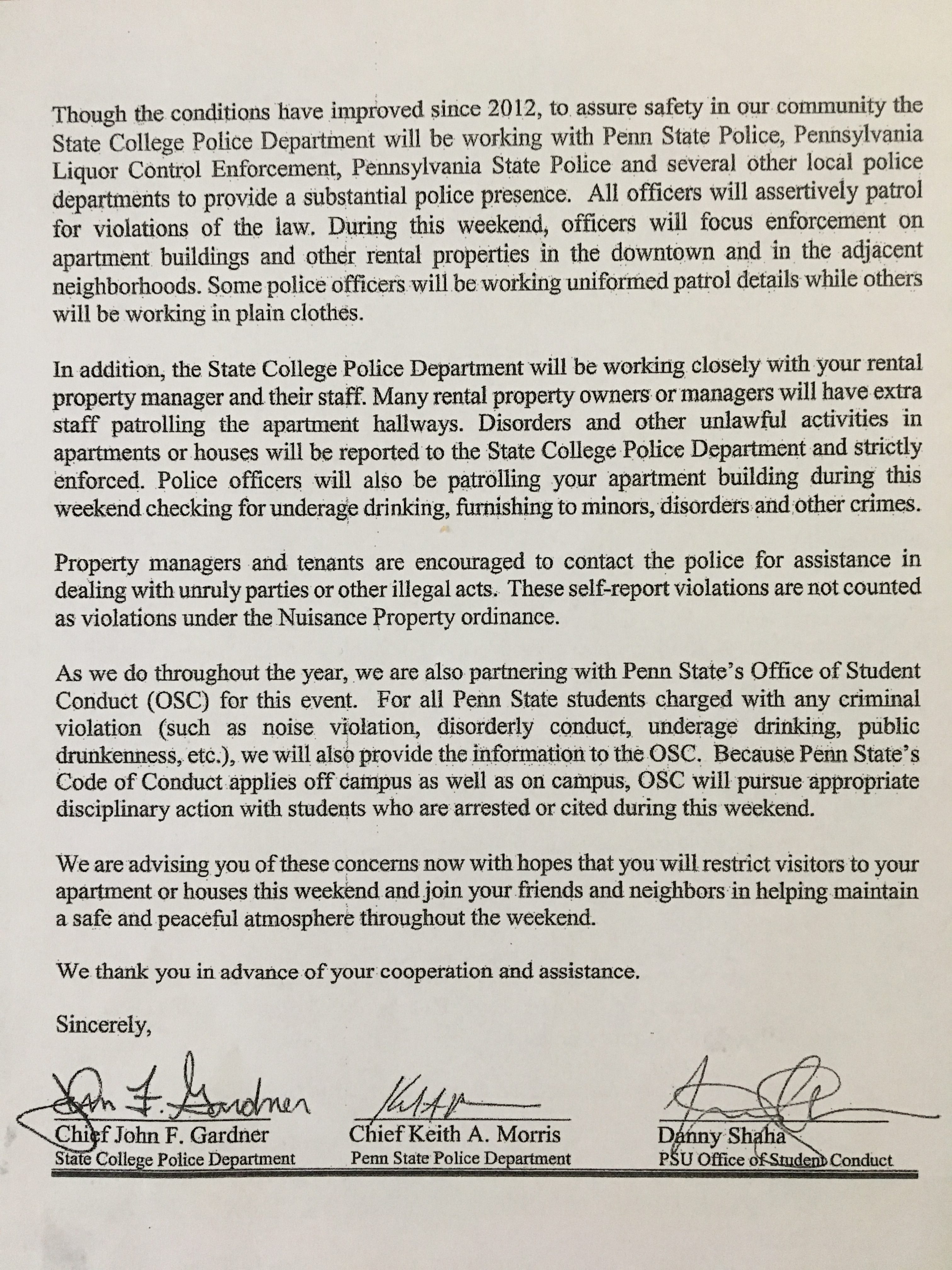 Your ad blocker is on.

Please choose an option below.

Unfortunately, former editor Steve Connelly has graduated. Where is he now? He might be doing something related to that PR degree he got in 2019. Maybe he finally opened that sports bar named after one of his photos, the Blurry Zamboni. Or he might just be eating chicken tenders and couch surfing. Anything’s possible. If you really want to know, follow him on Twitter @slc2o.

The Hoosiers made the Penn State defense work and used an aggressive third inning to take the lead and move on in the tournament.

It’s shaping up to be an ugly day in Piscataway.

It’s shaping up to be an ugly day in Piscataway.

Our staff thinks Penn State will leave Piscataway with its second straight win this weekend.

Send this to a friend